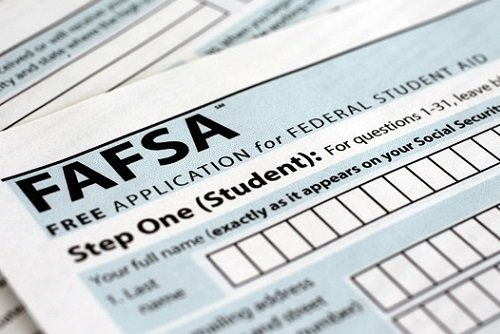 Every year, countless parents struggle with how they’re going to send their children to college. It feels like the cost of tuition is constantly on the rise. On top of that, parents also have to worry about all the other costs that go into college, like food and whatever books are needed for class. Some scholarships are able to help ease the burden being put on parents’ wallets, but at most these can only cover a small percentage of the costs associated with colleges. Fortunately for parents, there’s a solution in the form of federal student aid.

What is Federal Student Aid?

Federal student aid has been available for years, dating as far back as the early 50s. Naturally, it has undergone many changes since then. Instead of applying to a few select schools, it’s more readily available for families all throughout the United States. Federal student aid is more commonly known by another name, FAFSA. FAFSA is short for Free Application for Federal Student Aid. FAFSA student aid is sometimes confused with another type of student aid, the CSS profile. The main difference between the two is that FAFSA universally applies to all colleges, while CSS is something that’s offered by specific colleges and only apply to students seeking admission into that college.

Who qualifies for FAFSA Student Aid?

Modern day FAFSA was designed to help as many students as possible. As such, the requirements are relatively lax, allowing for a number of different families to apply.

·         If required, the student has to have registered with the Selective Service System, more commonly known as the draft

·         The student has to maintain a minimum GPA set by their school. This is typically a C average, but it does sometimes vary

·         They need to have a valid social security number, as well as either a high school diploma or a GED

·         They need to sign a certificate, saying they haven’t defaulted on any other student loans, and that the FAFSA loan will only be used for educational purposes

In the past, students also had to prove they were never found guilty of selling or possessing illegal drugs. In 2010 this was changed, thanks to the Student Aid and Fiscal Responsibility Act. The act wanted to address the fact that sometimes teenagers make mistakes when they’re younger. By denying them federal aid and the chance at an education, it makes it that much harder for them to turn their lives around. Students that are caught selling illegal substances while they’re on FAFSA student aid can have it suspended for up to two years for the first offense, and potentially indefinitely if it happens a second time.

Something else to keep in mind is that military veterans and active service members are able to apply for FAFSA, even if they’re already receiving financial aid from another federal program, such as the Yellow Ribbon program. More FAFSA information is available online.