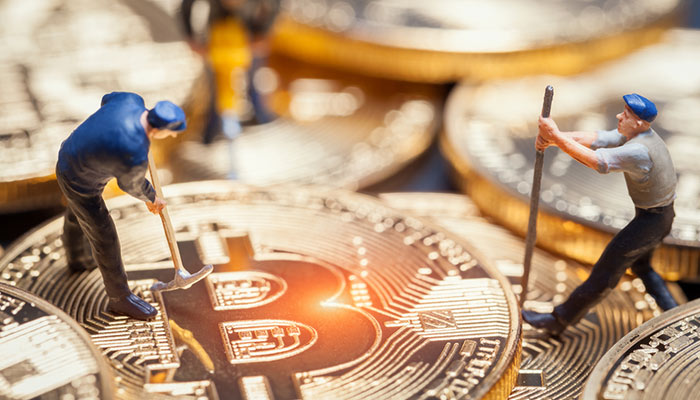 With traditional currencies, governments print and distribute the currency. However, the lack of a centralized authority controlling the bitcoin network necessitates a smart and fair way to come up with bitcoins while still keeping its authenticity and value. That is where bitcoin mining comes in.

Bitcoin mining is a perfectly legal way to come up with new bitcoins. The decentralized network is set up in such a way that those providing the massive computational power to validate bitcoin transactions in the bitcoin ledger are rewarded for their work with bitcoins.

The speed at which you validate these transactions is measured in hashes per second. With bitcoin mining, the more the computational power, the greater the number of hashes per second and the higher reward. So,  how do you start mining bitcoin?

Bitcoin mining becomes more difficult with each new mining rig added into the network. a necessitates adequate due diligence before you even purchase mining equipment.

Start with the use of a Bitcoin mining calculator(link). These calculators provide an option to key in all data on your preferred mining rig and get immediate feedback on if and when your Bitcoin mining investment will break even. These computations must play a big role in the decision to proceed with the endeavor or not.

Read as many reviews on the best and most efficient miner to squeeze the most value out of your money.

Once your bitcoin equipment is shipped, head to the internet and download any of the open source bitcoin mining software available. The most popular command line applications are BFGMiner and CGminer.

Users who prefer an easy GUI based application can download EasyMiner which is available on Windows, Linux and Android operating systems.

Step 3: Get a bitcoin wallet

Since Bitcoin is an internet-based currency, a bitcoin wallet is a key requirement for any bitcoin mining activity. The public wallet provides a safe way to receive and keep your bitcoins. The address is simply a sequence of numbers and letters with a generated private key that acts as your password.

To maximize safety, backup your bitcoin address as loss of either the address or the private key will render the account forever inaccessible and make the available bitcoins completely useless.

Going it alone in cryptocurrency mining is never a good idea. To be successful, join a bitcoin mining pool. A mining pool is a group of bitcoin miners who contribute their computational power to solve a specific block on the ledger. The reward is then shared according to the power and time contributed to solving the block.  Some reputable mining pools include p2pool, BtMiner, CK pool and Eligius

With everything now set up, connect the mining equipment to a power source and a to a computer via USB. Open your mining software and enter your username, password and preferred mining pool. If well configured, you can now start mining and collecting a share of the reward(s).

In conclusion, if yours is a small mining operation, consider the easier choice of trading in the cryptocurrency market. Most of the time the trading holds a higher return on investment that a small scale mining operation.