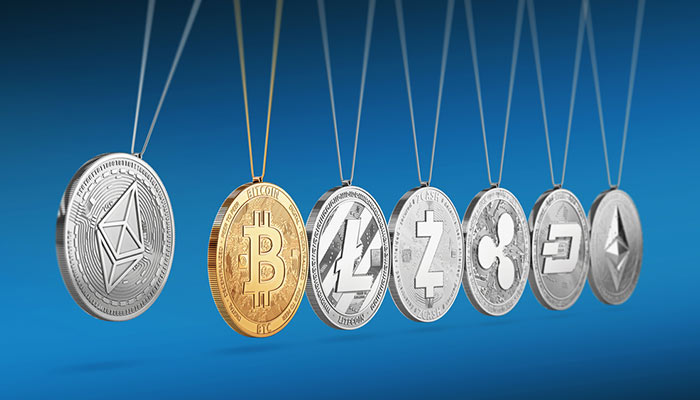 In the recent past, cryptocurrencies have grown in both size and acceptance. This has been evidenced by a massive record-setting upward trend for two years before its massive downfall at the beginning of this year. That said, cryptocurrencies such as bitcoin are still holding out and remain top on the list of successful cryptocurrencies. Today, we take a look at 11 facts and characteristics you didn’t know about cryptocurrency.

#1 There is no central authority

Interestingly, the developers of blockchain saw it necessary to eliminate the role of government and financial institutions in the cryptocurrency monetary system. Instead, cryptocurrency networks are maintained by millions of computers completing the ledger.

The lack of this centralized control means that only market forces can have an effect on the price and value of any cryptocurrency.

#2 There is a finite number of cryptocurrency

In traditional currencies, banks can print as much money as is needed in the country. In contrast, currencies such as Bitcoin have a higher limit of 21 million tokens. This has been placed as a safeguard against dilution and interference and manipulation of cryptocurrencies renders them useless to individuals who hold the digital tokens.

#3 No inherent value is attached to cryptocurrency

Just like traditional paper currency, the value of various cryptocurrencies is not in the tokens but in an agreed monetary system.

#4 All transactions can be viewed

The transparent nature of the blockchain network allows the cryptocurrency community to view all transactions in the ledger. Instead of seeing the personal details, transactions and amounts are displayed.

#5 You can easily be a cryptocurrency miner

All one requires is a rig, a power source, and an open source software to start mining. Joining a mining pool will improve your chance of solving a block. For their effort, Crypto miners get paid a specific amount of coins on successful completion of a block.

Irreversibility is one of the core qualities of any cryptocurrency. Once a transaction has been completed, there is no way to return the digital tokens back to your account. This feature was necessitated by a need to reduce fraudsters since no centralized authority exists.

#7 Little to no transaction fees

Cryptocurrencies offer an instant and cheaper way to send money across the world. Doing so under traditional currencies will probably take a few days in addition to the numerous costs associated with the cross-border cash transfer.

#8 All available cryptocurrencies must be held in digital wallets

Digital wallets act like your online bank account for storing. The wallet is secure to prevent theft of bitcoins through hacking. If you happen to lose the wallets address or password, the wallet is rendered useless with the cryptocurrency therein considered unusable. In short, they are dead.

Late last year, a KFC branch in Canada started accepting Bitcoins as a mode of payment. Popular online stores such as Overstock, Dell, Microsoft, and Newegg among others also accept Bitcoin, Ethereum and Litecoin payments.

#10 Cryptocurrencies are not created by government

A developer going by the pseudonym Satoshi Nakamoto first proposed the idea of Bitcoin in 2008. He worked with numerous other developers popularly known as cyberpunks to create the network.

#11 One bitcoin is equal to a hundred thousand satoshi

A Satoshi is the smallest unit of division in bitcoin. In fact, one bitcoin can be divided into a hundred thousand satoshis. At the current exchange rates, 1 Satoshi equals to $0..01.