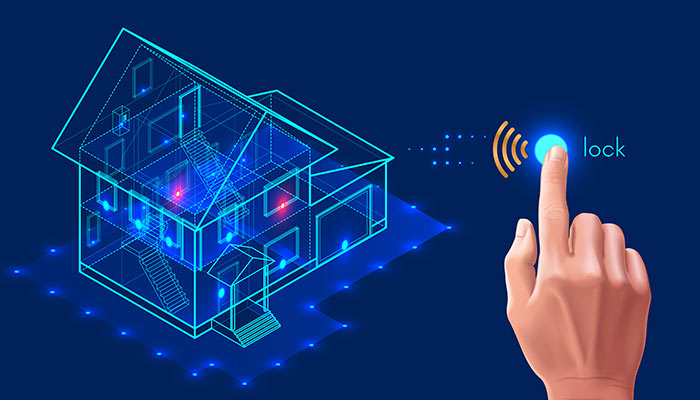 Nothing is a better investment than ensuring the safety of you and your family, but knowing exactly where that investment is best spent is not always clear. There are numerous theories about which alarm systems work better and under which circumstances. What works best for one home may not be the exact best fit for another. To give you all the information you need to make an informed purchasing choice we are going to cover the key points necessary to understand if wireless alarms are the right fit for your home.

Security Systems are Proven to Keep You Safer

There are piles and piles of data that show homes with the proper safety alert systems are much less likely to be broken into or suffer catastrophic damage from fire and monoxide events.

When these events do occur, the occupants of homes with alarm systems often tend to fair much better overall. Security systems give you precious moments to take action and often stop a criminal event dead in its tracks.

The University of North Carolina’s  Department of Criminal Justice and Criminology put out a series of studies that stated that most criminals will actively try to determine if a home has an alarm system before attempting a burglary, and over sixty percent of convicted burglars said the presence of alarm systems influenced their decision to target another home. In a survey of Police officers, eighty-five percent believed home alarm systems helped deter burglary attempts.

When it comes to comparing wireless alarms to wired alarms, neither system is perfect. Both alarm systems could potentially be tampered with by hackers and skilled criminals with knowledge of the system. Both systems also usually have countermeasures to such attempts. Modern wireless systems often utilize algorithms to get through even signal jammers.

You may need to ensure your programs are always up to date to ensure no hackers can puncture your system, but you also don’t have any wires that can easily be cut to disable your system.

With both styles of alarms being relatively comparable on the utility front, the question then comes down to which one is better suited to your home. The answer to this question will usually be the wireless systems. Wireless alarms allow you to avoid many of the hassles that come with installing a wired alarm system, and unless your home is pre-wired, then wireless is the usually obvious choice.

If You Take Advantage of Available Tech, Then Yes

The area where wireless alarms shine over their wired competitors is the simplicity with which wireless systems sync up with other home automation tasks, like smart locks and smart lights, and can quickly be given upgrades to new software with a few clicks of a button.

Modifications and upgrades are also much more straightforward with wireless systems. Keeping up to date with new security patches is key to avoiding potential fatal flaws or weaknesses in your security apparatus. All too often a dated wired system can be taken advantage and overcome by criminals who have studied their craft.