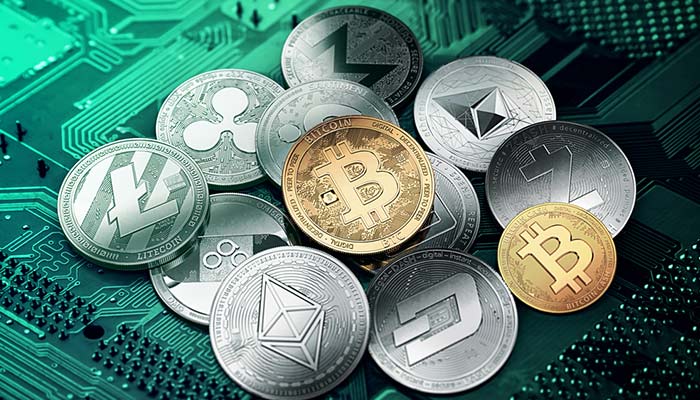 A discussion about cryptocurrencies does not go far without the mention of Bitcoin. In the world of payments through the blockchain network, Bitcoin has made a name for itself as the de-facto standard when it comes to cryptocurrencies. Alternative cryptocurrencies inspired by Bitcoin are referred to as altcoins.

Altcoins offer themselves as faster and better alternatives to Bitcoin by keeping all benefits of the bitcoin network and making corrections on the ineffective areas. They are generally easier to mine and are at times secure. On the downside, they face the risks such as:

Let’s take a look at some of the over 500 altcoins in existence.

Ethereum is one of the fastest growing cryptocurrencies and is now pegged at number two in terms of market capitalization. The altcoin was launched in 2015 and enables the running of distributed applications and smart contracts with zero downtime or third-party interference.

Following the collapse of the Dao Project in 2016, Ethereum was broken into two cryptocurrencies; Ethereum classic and Etherium. The currency currently has a market cap of over $90 billion.

Released to the public on October 2011, Litecoin is commonly referred to as the ‘Silver bitcoin’. Charlie Lee, a former Google employee developed the cryptocurrency based on the Blockchain. Its major difference with Bitcoin is its faster transaction time of 2.5 minutes per transaction.

This is in contrast with Bitcoin’s 10 minutes per transaction. The Litecoin makes use of the Scrypt hashing algorithm and has an increased number of available coins at 84 million.

Launched in late 2016, Zcash was built with an aim of providing a greater deal of privacy as compared to other cryptocurrencies. Although payments are indexed on a public ledger, users on the platform can activate privacy features that allow concealment of the sender, receiver and transaction amount.

ZCash allows users an option of ‘selective disclosure’ which gives proof of payment for auditing purposes. The cryptocurrency uses the zk-SNARK zero-knowledge proof algorithm to encrypt transactions on the platform.

Previously known as Darkcoin, the cryptocurrency is a more secretive version of cryptocurrencies and has been designed to make transactions untraceable. The coin was launched in 2014 by Evan Duffield and received massive support in its first 1 year.

In 2015, Darkcoin was rebranded to Dash (Digital cash) with no changes in its features and algorithm. Dash distinguishes itself by the use if a two-tier network which allocates different tasks to each network.

The process of creating new blocks is handled by the miners while coin-specific features such as PrivateSend, InstantSend, and governance functions are handled by ‘masternodes’. Miners get to share the reward with the Masternodes while the system keeps 10% for its “budget”.

Released by Ripple company in 2012, Ripple enables instant and almost free financial transactions across the world. It is based on a public ledger with the system gaining traction in companies such as UBS, Unicredit, Western Union and the Saudi Arabia Central bank. As at February 2018, XRP is the third largest cryptocurrency with a market capitalization of 44 billion.
The list of alternate cryptocurrencies to bitcoin keeps growing every day. In addition, spin-off services such as social media, and an inmates payment systems based on the blockchain are also on the rise.